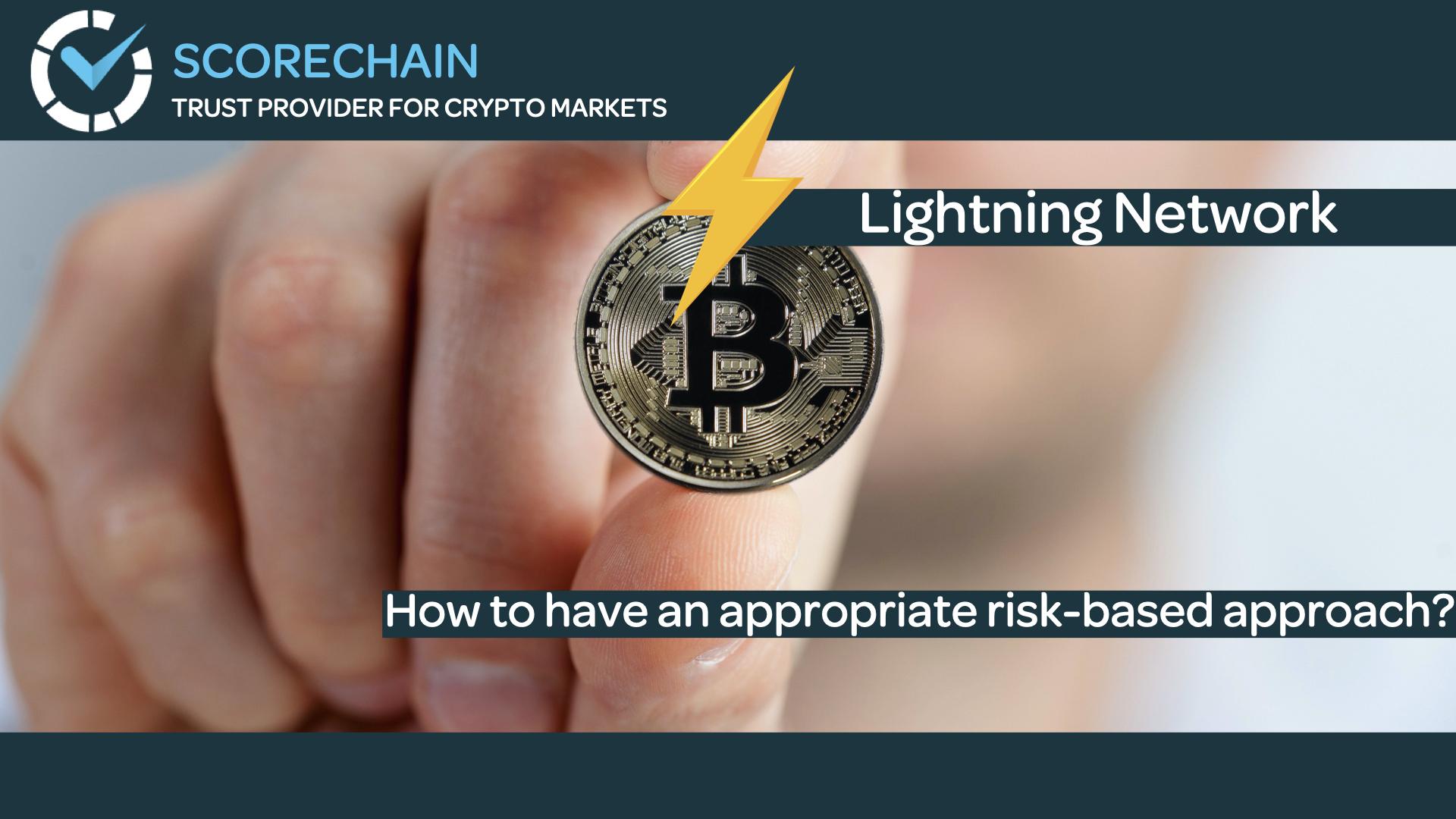 Lightning Network: how to have an appropriate AML risk-based approach?

How the Lightning Network has been used until now?

Scorechain data team just released the use of the Lightning network over the past year.

The graph tells us that lightning network use was very popular at the beginning of its creation with some pics at more than 2,000 payment channel openings per day. This enthusiasm has not run that much since we can see that the lightning network is now not so much used. Less than 500 channels per day are opened. It shows a lack of adoption for the issue it solves: micro payments and remittances. But still, the network is used by a few.

How does Scorechain Bitcoin Analytics react to Lightning Network transactions?

This is great help for AML transaction monitoring. At that point, compliance teams know that transactions involved may have required multi signature, involved multiple users and even atomic swaps.

Then, according to each company’s risk level acceptance and risk-AML policies to apply specific procedures or not to such transactions.

it is also good to say that recent Scorechain crime studies haven’t shown any big amount of hacked or illegal funds went throughout Lightning network payment channels. On the other hand, it is interesting to highlight the fact that Scorechain noticed that mixing funds often went to lightning payment channels.

Indeed, since the payment channels bring anonymity and in favor for private addresses and users’ money exchange, it needs to be dealt with and analysed with some specific attention.

Scorechain feature “Risk Indicators” allows the users to configure and choose “payment channel” as key risk indicator according to their risk tolerance. It will red flag this transaction type for better management.

Scorechain R & D team is still investigating to give more transparency to payment channels. Nonetheless, Scorechain users are alerted when this type of transaction is happening.

What is Lightning Network and what is it for?

Bitcoin Network has been often questioned about its scalability since its creation in 2008. The bitcoin scalability problem is the limited rate at which the bitcoin network can process transactions.2

To resolve this problem and improve Bitcoin’s scalability, various solutions came up, such as the creation of Bitcoin-like networks by forks (Bitcoin Cash, Bitcoin SV,  Bitcoin Classic etc.), technical optimizations, and the Lightning Network as a “Layer 2” system.

To be simple, the Lightning Network is a protocol aiming to create instant payment by 3:

It was described first by Joseph Poon and Thaddeus Dryja in a white paper in 2015, three teams keep working collectively on the development: Blockstream, Lightning Labs and ACINQ.

How does it work?

How does the Lightning Network work to speed the operation?

Imagine A and B are a couple, money transfers between them happen very often in their daily life: split the bill for a diner, for shopping, for a trip etc… They need to find a quick way of sending money to each other with minimal fees due to the frequency of transactions. Obviously, using the bitcoin network is not an optimal solution for them, considering the time to wait for confirmation and especially the fees for each transaction. In this case, the Lightning Network can help them!

The idea is to use smart contract functionality to create a secure network of participants by opening a ‘payment channel’.

In order to open a payment channel, they need to create firstly a mulitisignature wallet that both of them can access with their respective private keys, then they can both deposit a certain amount into the wallet (or only one of them deposits, in this case it is called “single-funded channel“). From then on, they can conduct as many transactions between them as they want in the channel, without being broadcasted to the Bitcoin blockchain, as the money is redistributed only between them but the total amount always stays in the same wallet. This entry can be closed out at any time by either party.

The Bitcoin blockchain takes the information only after the channel is closed and the initial and final balance are broadcasted, which means that only a single transaction is counted and recorded even though thousands of transfers may happen in the channel.

By opening payment channels, the Lightning Network brings a layer of anonymity to transactions since it is today not possible to have a look at what is going on inside a payment channel. Private and public researchers are still on the subject to get accurate information through it.

As one of the earliest providers in crypto AML/CTF solution, Scorechain serves worldwide customers to help them implement the risk-based approach and comply with the regulatory requirements. Scorechain Analytics Suite covers Bitcoin including Lightning Network, Ethereum analytics with more than 250,000 ERC20 and stablecoins, XRP Ledger, Litecoin, Bitcoin Cash, Dash and Tezos. All products are available both on UI and API, with full customization and reporting features. Visit our website to know more about Scorechain: www.scorechain.com

Want to try our crypto risk & AML solution for transaction monitoring? Leave us a message on: contact@scorechain.com